Gaki no Tsukai and J-comedy will save the world 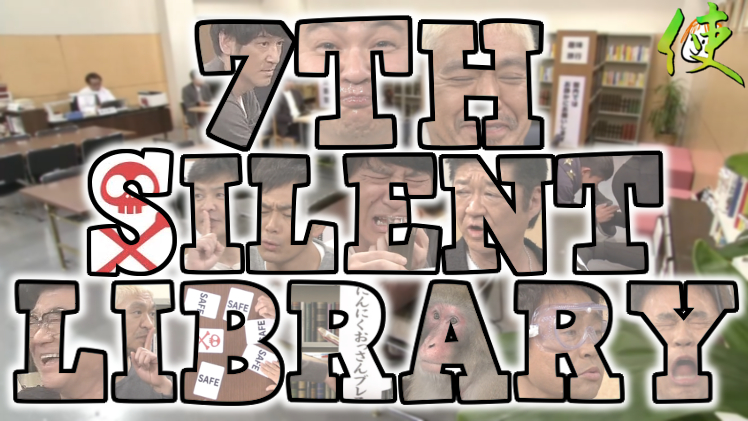 Should I rename this blog Kedomas-no-tsukai? Feels about right to me. Today’s episode has been typesetted by your one and only Kedomas, again. Thank you very much for everything you’ve been doing!!
So, we had Silent Library 10, 11 (also subbed by Kedomas) and now we’re taking few steps back to 2017’s episode, number 7.
In today’s episode, our main cast is joined by actor Ozawa Hitoshi, who isn’t probably ready for what he’s about to face.
Silent Library is a rather simple series with few translation lines and most of them being “keep quiet” or “that hurt” or such (no kidding). That’s why I’d like to thank Kedomas again for his outstanding work with the typesetting, that’s what makes this whole subbed episode special.
No need for notes today, hope you’ll enjoy this episode! More stuff will be released for sure, don’t know when but hopefully soon enough. Keep an eye on my fb page and my twitter for updates!
Thanks for watching, have a nice day! 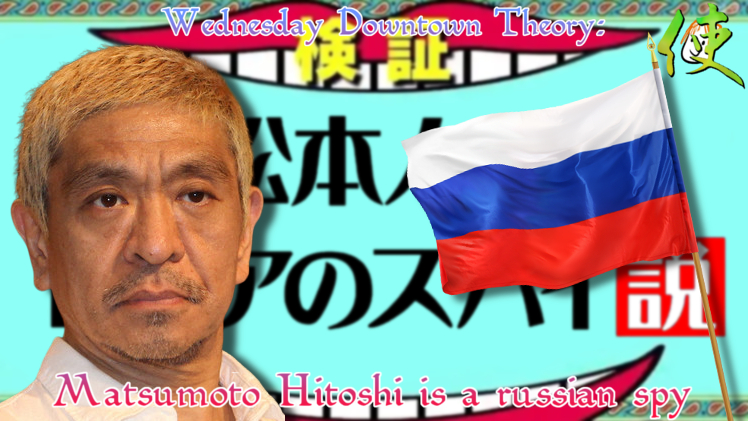 Alright, so, we’re setting few milestones here. First off, this is my first Wednesday Downtown subbed episode (well, a part of it) aside from the Monster House series by TofuPanda’s Wednesday Downtown project I’ve took part more than a year ago.
Secondly, this is my first full translation + typeset episode in a while, I’ve done all by myself and it was challenging and fun. The reason for why I love how other people are helping me is ‘cause it makes me save a lot of time. I want everything to look smooth and well-done in my typeset (OCD?) and – to be honest – it’s also kind of a waste of time. I could have done two full already typesetted episodes instead of this one, in terms of time. But hey, I’m satisfied about its outcome, and I hope I proved you I can actually do some typeset myself lol. Hopefully I’ll sub more stuff, but I’m glad I could keep a nice pace on my uploads thanks to all the amazing typesetters who helped me dealing with subs.
That aside, I love Wednesday Downtown and I’ve watched tons of episodes of it. There are few theories which I enjoyed a lot watching, maybe I’ll sub more of those in the future. Full episodes would be great too, but… I don’t feel like typesetting an entire episode. Kinda めんどくさい to be honest.
On today’s episode, our host Koyabu Kazutoyo is going to reveal a shocking theory about Matsumoto’s true identity and purpose. Just coincidences? I think not.
…Or maybe yes, yeah, probably yes.

– 0:39 – Toshimitsu Deyama (ToshI) is the lead singer from the j-rock band X Japan. He’s known for his high-pitched power metal tone. Koyabu is making a joke out of Matsumoto’s high pitched “ehhh?” scream, mocking the public.
– 1:58 – There are few ways to say “U.S.A.” in japanese, the most common being “Amerika” (アメリカ) or “Amerika gasshuukoku” (アメリカ合衆国, literal translation), but you can also say “beikoku” (米国), which literally means “rice country”. That’s because one of the readings for “kome” or “bei” (米, rice) is also “me”, and was once used to write “America” in kanji (亜米利加, now simply wrote in katakana アメリカ). Also note that by saying “America” in japanese, you’re talking about the U.S.A.
– 2:33 – The translation was a bit tricky here. “Osaeru” in japanese could both mean “set something aside” or “pin down”, “seize”, “subdue”. I think it’s clearer in japanese, but still not so far-fetched in my translation.
– 4:47 – Koyabu refers to Matsumoto as “koitsu”, which is very rude in japanese, while it’s not technically a curse word. There are very few curse words in japanese, simply because you can have the same extra-rude effect just by adressing someone without the proper honorifics / in a derogatory way. Calling your senpai (older colleague) “koitsu” (which implies being superior to the person you’re talking to) is rude enough.
– 6:32 – A pun I had to adapt. Koyabu says (my translation) “such a stone-cold lie“, while in japanese he says “makka-na uso” which means “a complete lie”, “a big lie”, but also literally means “deep red lie”. Then, he says “aka no hiroba yori makka-na uso”, which is the pun I had to adapt. Its literal translation would have been: “it’s a lie redder than the Red Square”, refering to the famous city square in Moscow.
– Here’s a final note with every reference + link:
・Chicken Rice – a Christmas song written by Matsumoto and performed by Hamada.
・WOW WAR TONIGHT – a song performed by Hamada (H Jungle with T) featuring Matsumoto.
・Kathy Tsukamoto – a recurring sketch from Downtown’s old show Gottsu Ee Kanji, where Matsumoto pretends to be a cooking show lady who always end up scattering everything around. An example.
・Big Man Japan (Dai Nipponjin) (2007) is Matsumoto’s debut movie, written, directed and starring Matsumoto himself.
・Hitosi Matumoto Visualbum (Hitoshi Matsumoto’s Visualbum) is a collection of VHS (later DVDs) of comedy skits written by Matsumoto, released in three volumes.
・Wikipedia entry for Osaka’s Expo’70.
・Few russian words: boršč is a type of sour soup (and it’s not even a russian invention), “spasibo” (or “spasiba”) means “thank you”, “thanks” in russian (I kept it as Спасибо just for fun).

Alright, that’s pretty much it for today. There is going to be more stuff within August, at least a couple episodes, but I don’t think I’ll have much free time in September. Well, who knows. Hope you’ll keep on enjoying my translations, and thanks for watching!